“Whatever Theatre SKAM touches seems to turn to theatrical gold.”

“Theatre as it should be. Current, confrontational and provocative.”

Theatre SKAM strives, with rigour and discipline, to effect positive social change in our community, to propel the professional careers of a wide range of artists, notably Victoria artists, and especially emerging artists, and to invigorate our community with living contemporary theatre and events that provide varied, inventive and surprising entertainment for audiences in Victoria and on tour.

Known for our sense of fun, SKAM was formed in 1995 with a mission to create theatre that is innovative and entertaining, and above all – never boring. 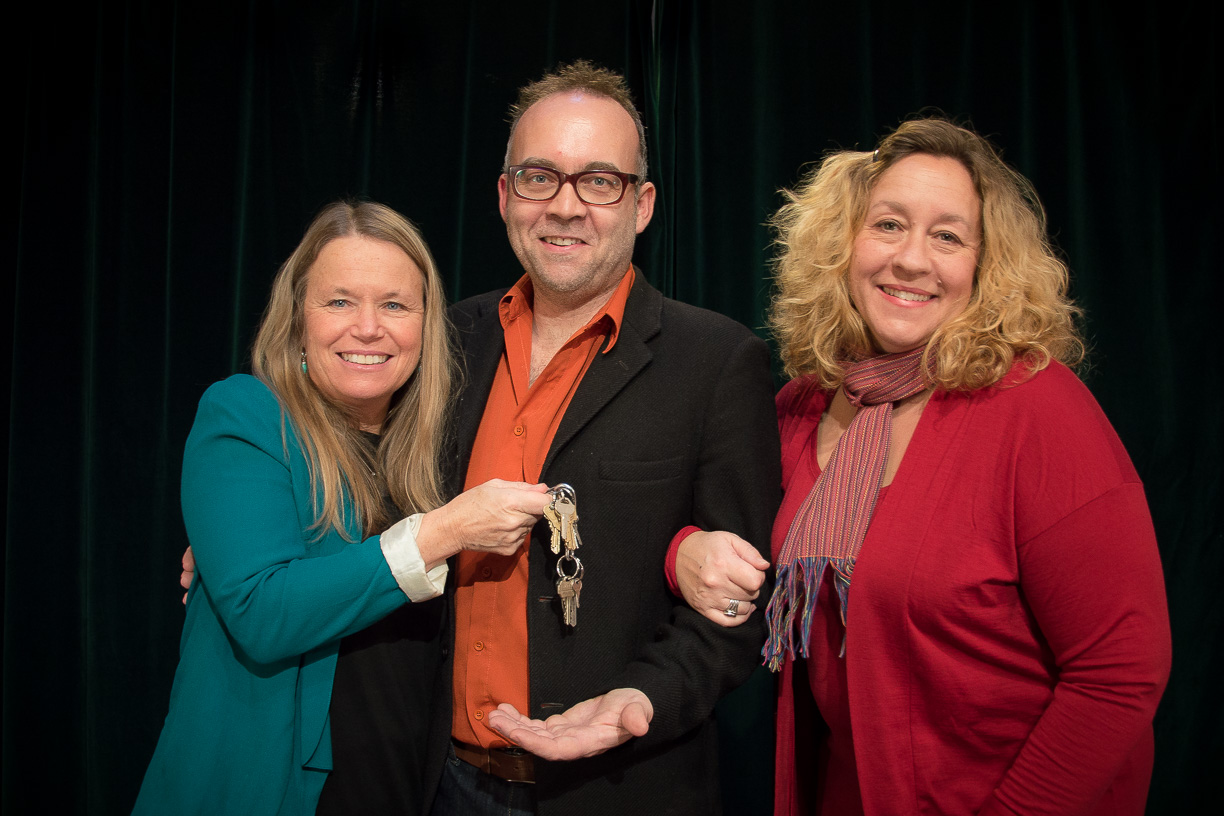 Theatre SKAM was formed in 1995 by four emerging artists (Sarah Donald, Karen Turner, Amiel Gladstone, and Matthew Payne) as a means for the creation and production of new work.

After twelve years as an ad-hoc, project-based company, in 2007 founding member Matthew Payne took over as Artistic Producer, with a mandate to move the company to year-round operations. The company now operates year-round with full-time staff positions, supporting local artists, running a theatre school, and creating new work from our studio/office in Victoria.

Over the years, the company has produced numerous works to critical and audience acclaim, including Aerwacol and Billy Nothin’ by Sean Dixon, who has written several plays for the company as official playwright-out-of-residence; Hippies and Bolsheviks, The Wedding Pool, Black Box and My Three Sisters by founding Artistic Director Amiel Gladstone; and The Lieutenant Nun, by Elaine Avila, among many others. Recent work includes Cariboo Buckaroo, developed in partnership with the Xeni Gwet’in First Nation and presented with community partners throughout the Cariboo Chilcotin; Bike Ride, a festival featuring performances along the Galloping Goose Regional Cycling Trail, with the audience on bikes; and Smalltown, a new musical by Amiel Gladstone and Lucas Myers, selected as Victoria’s Critic’s Choice Spotlight Awards Best New Play.

Theatre SKAM has built a solid reputation as creators of innovative site-specific work and intimate elegant theatre. We play a pivotal role in the cultural life of our region and are recognized by peers across the country for our contribution to national networks and new work development.